For the secret power of lawlessness is already at work; but the one who now holds it back will continue to do so till he is taken out of the way.  And then the lawless one will be revealed, whom the Lord Jesus will overthrow with the breath of his mouth and destroy by the splendor of his coming. (2 Th 2:7–8; NIV)

WOW!  We know lawlessness is at work in our world and will continue until Jesus returns, but look again at what is going to happen when the lawless one is revealed: The Lord Jesus will overthrow him with just the breath of his mouth and destroy him by the splendor of his coming.  That's power!

I love cheering for the underdog, and though Jesus is by no means an underdog, he does stand for everything the underdog does.  When he came to earth, he came to a humble family.  He worked with his hands until he started his mission.  Though comfortable with every class of people, he spent most of his time with the lower class of society.  And when faced with trial and death, no one came to his defense.  Here is where I start cheering because when the trial was over, he took everything they could possibly throw at him.  When he was nailed to a cross like a common criminal, he kept going.  And after they had laid him in a tomb, all the religious leaders of the day breathed a sigh of relief.  But you don't count an underdog out until it's all over because Jesus, although dead, defeated death, broke its grip and returned to life by the power of our loving and gracious God.  The story does not end there because he told us he was coming back to get us.

Even in his coming back he seems like an underdog. But I've read the end of the book and guess what?  He wins!  Paul gives us a glimpse of what is going to happen.  Jesus will overthrow the lawless one with just the breath of his mouth (I know I keep repeating that -- I love it!).  He won't even break a sweat.

So keep cheering for each other, lifting each other up because the game is not over yet, but we are on the winning team! 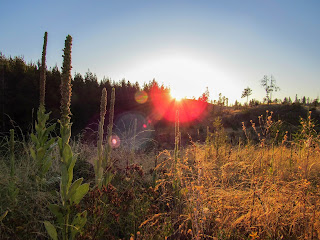