But if serving the LORD seems undesirable to you, then choose for yourselves this day whom you will serve, whether the gods your ancestors served beyond the Euphrates, or the gods of the Amorites, in whose land you are living. But as for me and my household, we will serve the LORD.”  (Jos 24:15; NIV)

Johnny Fulton was run over by a car at the age of three.  He suffered crushed hips, broken ribs, a fractured skull, and compound fractures in his legs.  It did not look as if he would live.  But he would not give up.  In fact, he later ran the half-mile in less than two minutes.  Walt Davis was totally paralyzed by polio when he was nine years old, but he did not give up.  He became the Olympic high jump champion in 1952.  Shelly Mann was paralyzed by polio when she was five years old, but she would not give up.  She eventually claimed eight different swimming records for the U.S. and won a gold medal at the 1956 Olympics in Melbourne, Australia.  In 1938, Karoly Takacs, a member of Hungary's world-champion pistol shooting team and sergeant in the Army, lost his right hand when a grenade he was holding exploded.  But Takacs did not give up.  He learned to shoot left-handed and won gold medals in the 1948 and 1952 Olympics.  Lou Gehrig was such a clumsy ballplayer that the boys in his neighborhood would not let him play on their team.  But he was committed.  He did not give up.  Eventually, his name was entered into baseball's Hall of Fame.  Woodrow Wilson could not read until he was ten years old.  But he was a committed person.  He became the twenty-eighth President of the United States. (Unknown)

Now that you're done reading the illustration, you are probably asking yourself, "What has that got to do with serving the Lord?"  I say it has everything to do with serving the Lord.  Joshua had just finished leading the children of Israel to the promised land, and he wanted to make sure they understood what it was all about.  Sure, there were "gods" in Egypt, some of their fathers had worshipped them, and there were "gods" belonging to the people in the land they were not living in.  Joshua reminded the Israelites what God had done for them and then put the ball in their court.  He basically said, "You can serve these other 'gods,' ones that can do nothing for you.  But as for me and my house, we will serve the Lord" (my take on the passage).  What a powerful statement!  So, how do the verse and the illustration tie together?  Very simply, serving the Lord takes dedication.  It takes a faith so strong that when others laugh at you for "belonging," you just smile and ask them, "Why don't you belong?"  The dedication that focuses on the Lord and his will.  When you've shared your faith with 50 people, and they have all rejected God's gift of grace.  Dedication steps up looking to talk to and share Jesus with number 51.  Dedication is not giving up, it is putting all your efforts towards accomplishing something; it may be to receive a gold medal at the Olympics or sharing the Good News of Jesus with those I come in contact with.

As for me and my house, we will serve the Lord with true dedication to completing what he has assigned me to do; sharing the gospel. 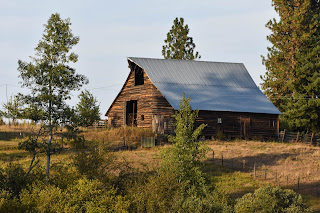