According to the grace of God given to me, like a skilled master builder I laid a foundation, and someone else is building on it. Each builder must choose with care how to build on it.  For no one can lay any foundation other than the one that has been laid; that foundation is Jesus Christ.  (1 Co 3:10–11; NRSV)

The Leaning Tower of Pisa in Italy is going to fall.  Scientists travel yearly to measure the building's slow descent.  They report that the 179-foot tower moves about one-twentieth of an inch a year, and is now 17 feet out of plumb.  They further estimate that by the year 2007 the 810-year olf tower will have leaned too far and will collapse onto the nearby ristorante, where scientists now gather to discuss their findings.  Quite significantly, the word "pisa" means "marshy land," which gives some clue as to why the tower began to lean even before it was completed.  Also -- its foundation is only 10 feet deep! (Unknown) --- update -- it is now 2019 and if you did not know - the tower did not fall in 2007 because of a 30 million EUR cost and a decade of work (1990-2001) where the tower was moved from a 5 degree lean to 4 degrees.  (It is still an interesting bit of information).

We live in a world of constant change.  Each person is out to do their own thing; laying their own foundation.  Paul tells us that the only foundation he laid was the same one Jesus laid, all others are no good.  Like the Tower of Pisa, some foundations are too shallow to do anything or hold anything up.  But the foundation Jesus laid is deep and strong, and it is still around today.  His foundation was laid before the beginning of time and will continue even when time itself means nothing.  According to my Bible, when we all get to heaven, we will not care about time because we will be with Jesus and our heavenly father forever.

You cannot have a secure building without a strong foundation; it's just impossible.  There has to be something for the building to connect to and keep it on a firm footing.  The same is true with our Christian faith.  If you build on the foundations that some churches have set up, your faith is going to collapse.  Why?  Because those churches are building their own foundations and not building on the one, Jesus gave.  But if you build on the foundation he laid, your faith will be strong no matter what comes along trying to destroy it.  His foundation has been around for thousands of years, and there is not one chip in it!

So if you find you're building on a foundation which is too shallow or one which is not in the right location, move and build on the true foundation; Christ Jesus. 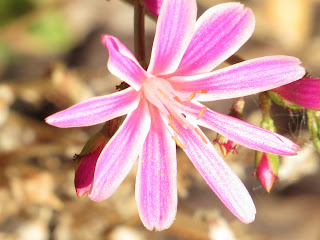