This is the last part of Jesus' story about the prodigal son.  The son has come home, and the celebration is going on, but his older brother is in the fields working.  Soon he hears the sounds of a party going on.  His father meets him on the road and tells him that his brother has come home, but the older son does not see a reason for the celebration.  The whole time the younger brother was wasting his money on wine, women, and song, the older one was working in the fields of his father.  Then his father hits him between the eyes with this reason, "It's because this brother of yours was dead and is alive again; he was lost and is found."

We can easily see some members of the church in this story.  I have been to some churches were the older members, (the older brother in the story) cannot see the reason for the special attention paid to the new members or those who have come back to the church (the younger brother in the story).  The older members will say things like, "I have been a Sunday school teacher for twenty years, and they have never paid that much attention to me" or "I have been on the church board for thirty years, every time the doors were open I was here.  I have never missed a day in those thirty years" (working in the fields while the younger brother was off doing his own thing).

Jesus tells us, "there will be more rejoicing in heaven over one sinner who repents than over ninety-nine righteous persons who do not need to repent" (Luke 15:7), and that's the way it should be here on earth too!  We need to celebrate the return of our younger brothers, but we also need to remember to invite the older ones, call them in from the fields and make sure they help in the celebration.  Include them because it is only when all the brothers and sisters are together that we can really have a celebration. 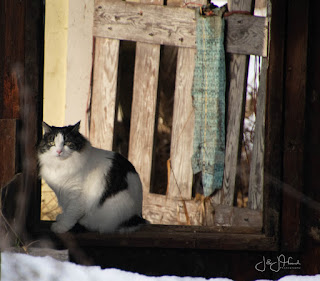