We know that “We all possess knowledge.” But knowledge puffs up while love builds up.  (1 Co 8:1; NIV)

Ted Stallard undoubtedly qualifies as one of "the least."  Turned off by school.  Very sloppy in appearance.  Expressionless.  Unattractive.  Even his teacher, Miss Thompson, enjoyed bearing down her red pen -- as she placed Xs beside his many wrong answers.  If only she had studied his records more carefully.  They read:
1st grade:  Ted shows promise with his work and attitude, but (has) poor home situation.
2nd grade: Ted could do better.  Mother seriously ill.  Receives little help from home.
3rd grade: Ted is good boy but too serious.  He is a slow learner.  His mother died this year.
4th grade: Ted is very slow, but well-behaved.  His father shows no interest whatsoever.

Christmas arrived.  The children piled elaborately wrapped gifts on their teacher's desk.  Ted brought one too.  It was wrapped in brown paper and held together with Scotch Tape.  Miss Thompson opened each gift, as the children crowed around to watch.  Out of Ted's package fell a gaudy rhinestone bracelet, with half of the stones missing, and a bottle of cheap perfume.

The children began to snicker.  But she silenced them by splashing some of the perfume on her wrist and letting them smell it.  She put the bracelet on too.  At day's end, after the other children had left, Ted came by the teacher's desk and said, "Miss Thompson, you smell just like my mother.  And the bracelet looks real pretty on you.  I'm glad you like my presents."  He left.  Miss Thompson got down on her knees and asked God to forgive her and to change her attitude.

The next day, the children were greeted by a reformed teacher -- one committed to loving each of them.  Especially the slow ones.  Especially Ted.  Surprisingly -- or maybe, not surprisingly, Ted began to show great improvement.  He actually caught up with most of the students and even passed a few.

Graduation came and went.  Miss Thompson heard nothing from Ted for a long time.  Then, one day, she received this note: Dear Miss Thompson: I wanted you to be the first to know.  I will be graduating second in my class.  Love, Ted.

Four years later, another not arrived:  Dear Miss Thompson: They just told me I will be graduating first in my class.  I wanted you to be the first to know.  The university has not been easy, but I liked it.  Love, Ted.

And four years later: Dear Miss Thompson: As of today, I am Theodore Stallard, M.D.  How about that?  I wanted you to be the first to know.  I am getting married next month, the 27th to be exact.  I want you to come and sit where my mother would sit if she were alive.  You are the only family I have now; Dad died last year.

Miss Thompson attended that wedding, and sat where Ted's mother would have sat.  The compassion she had shown that young man entitled her to that privilege.  Let's have some real courage, and start giving to "one of the least."  He may become a Ted Stallard.  Even if that doesn't happen, we will have been faithful to the One who has always treated us -- as unworthy as we are -- like very special people.  (Courage -- You Can Stand Strong in the Face of Fear, Jon Johnston, 1990, SP Publications, Page 111-113)

Have you ever been around someone who is smart -- I mean brilliant.  The ones who when they open their mouths pages of the encyclopedia fall out?  We all know someone like that (or someone who thinks "they" are like that).  Knowledge is great, without it we would not be able to do what we are doing now -- reading messages on the computer or even on a piece of paper.  We all possess knowledge in varying degrees, but all the knowledge in the world can not do what love can.  For many people, knowledge makes them believe they are smarter than the other person, it puffs them up.

There is something about love that cannot be explained -- it does not puff up; it does not tear down. As a matter of fact, as Paul says, "love builds up."  We learn how to love by looking at the example God set -- when we were still sinners, Christ died for us.  When we were lower than low, God said, I still love them, and I am going to send my son to take their sins upon himself and be crucified.  God's love for us builds us up.  He took lowly sinners and built us up into glorified saints -- that's love. 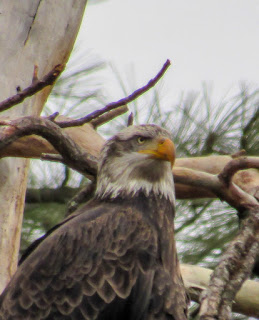