If I speak in the tongues of men or of angels, but do not have love, I am only a resounding gong or a clanging cymbal. (1 Co 13:1; NIV)

A 1992 publication of Bits and Pieces had this article: Independence, MO made public 1,300 recently discovered letters that the late President wrote to his wife, Bess, over the course of a half-century. Mr. Truman had a lifelong rule of writing to his wife every day they were apart. He followed this rule whenever he was away on official business or whenever Bess left Washington to visit her beloved Independence.

Scholars are examining the letters for any new light they may throw on political and diplomatic history. For our part, we were most impressed by the simple fact that every day he was away, the President of the United States took time out from his dealing with the world's most powerful leaders to sit down and write a letter to his wife. (bits & Pieces, October 15, 1992)

Paul speaks volumes in this one verse. A person may be the world's most eloquent speaker, but if they don't have love, they're nothing but noise. It has been said, "love makes the world go round," and I would say that's true. We are here because our heavenly Father loves us. He provided the world and its orbit. He provides us with the air we breathe, the food we eat, the water we drink, and the love to share with one another.

I wonder if Paul was trying to say something else here? Maybe he was saying love is not just words. Love is something that must be felt, both the giving and the receiving of it. I find it hard to express love in words, but in my actions, that's a different story. You see love in action when you watch a new mother pick up her baby. She does it so tenderly as if it were something the slightest breeze could blow away. That's love. You see love in action when a father takes a young child's hand because the child says, "Here daddy, take my hand, and I will help you cross the street." The father didn't need to do it, but does it because the child asks. That's Love. When parents work out their problems by respecting and listening to one another instead of yelling or bringing up "divorce" as the first thing to do, children learn to love. When a husband, after fifty years of marriage, still holds his wife's hand as they're walking down the street or sitting on the sofa watching television. That's love.

There are a lot of four-letter words out there that we should not say, but love is one four-letter word we should be saying and showing others what it really means like Jesus did when he took our place on the cross. 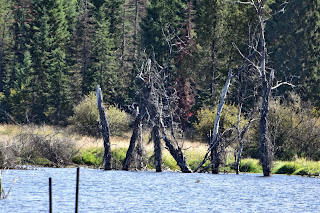