“Far be it from us to rebel against the LORD and turn away from him today by building an altar for burnt offerings, grain offerings and sacrifices, other than the altar of the LORD our God that stands before his tabernacle.”  (Jos 22:29; NIV)

It's still hard for me to imagine there are people in this world who worship and follow anything other than the one true God.  It's not just people from other lands which are doing this, but people from our own country; those we think would know about the one and only God.  They make altars to other so-called gods, they consult with mystics and fortune-tellers, they sacrifice things, even loved ones to a 'god' that has no power.  They build altars in the worship of money, jobs, cars, sports.  You name it, and people will build altars to it and sacrifice on it.  The funny part is this -- no amount of sacrificing on our part can do anything; our God sacrificed for us.  He does not ask for us to take the life of our children, because he already gave his son so that we all might live -- that's the true God.  All he asks of us is that we believe and put our faith in him.  After all, he not only gave his son as a sacrifice but he also raised him from the dead, and he is alive and well, seated at the right hand of God waiting for our Father to say, "Go and get my children.  It's time!" 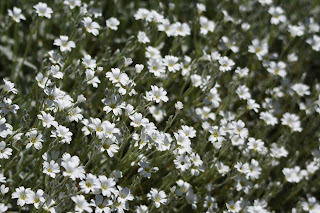