Brothers and sisters, stop thinking like children. In regard to evil, be infants, but in your thinking be adults.  (1 Co 14:20; NIV)

A man had bought a new gadget, unassembled, of course, and after reading and rereading the instructions, he couldn't figure out how it went together.  Finally, he sought the help of an old handyman who was working in the backyard.  The old fellow picked up the pieces, studied them, then began assembling the gadget.  In a short time, he had it put together.  "That's amazing," said the man.  "And you did it without even looking at the instructions!"  "Fact is," said the old man, "I can't read, and when a fellow can't read, he's got to think."  (Bits and Pieces, February 1990, p. 23)

Paul was talking about speaking in tongues and about prophesying, but I think this verse speaks volumes.  We have become a "visual" people.  Everything has pictures attached to it.  As I write this on my computer I see pictures that tell me which button to push in order to send this out over the internet as an email, there is another picture that lets me know if I use it something will be cut out/removed, and yet another that checks my spelling (this is a useful button!).

I remember, as a kid, I use to figure out everything by looking at the pictures.  Comics was one source of reading material.  I could look at the pictures and come to my own conclusions.  Unfortunately, most of my conclusions were wrong.  Many people are stuck in this "child" part of theif lives.  They rely on pictures, which doesn't usually give the real story when it comes to evil.  We see it and think, " Well, that doesn't look so bad."  But the truth is, it's terrible!  Paul says we should be like infants concerning evil.

Adults analyze what they see; is it right for me?  Is it going to hurt me?  Is it what God would want me to do?  Do you see the difference?  An infant sees the picture; end of the process.  A child sees the image and makes up a story to go along with it; the story is usually wrong.  An adult sees the picture, analyzes it to see if it is something they should be doing or helping with and then putting the plan into action.  We are to be adults in our thinking.  Start asking yourself the old question,  "What would Jesus do?"  Put him first in all you do and your life will change. 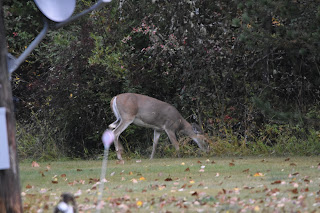