“When the Son of Man comes as King and all the angels with him, he will sit on his royal throne, and the people of all the nations will be gathered before him. Then he will divide them into two groups, just as a shepherd separates the sheep from the goats.  He will put the righteous people on his right and the others on his left.  Then the King will say to the people on his right, ‘Come, you that are blessed by my Father! Come and possess the kingdom which has been prepared for you ever since the creation of the world.  (Mt 25:31–34; TEV)

Have you ever paid attention to how often we separate things?  I was eating cherries the other day and was separating the good ones from the bad.  The good ones, of course, I was eating but the bad were being thrown out.  I could tell by the way they looked if they were good or not, in the same way, Jesus can tell if we should be placed on his right side and kept or if we should be placed on the left and thrown out.  I don't know much at all about sheep and goats but I do know I can tell that apart by their looks and sounds.  We tend to think that if something looks like a rose and it gives off the same pleasing smell like a rose, then it must be a rose.  The same should be true of Christians.  If a person says they are a child of God and do the things a child of God would do, then chances are good they're a child of God.  There are times, however, when someone who calls themselves a Christian is anything but a Christian.  Like counterfeit money, it takes an expert to spot them.

When it comes to children of God, Jesus is the expert.  He is able to tell a true Christian from one who is just going through the motions.  He will separate the sheep (the righteous people) from the goats (I've known a few old goats).  The sheep will be placed at his right hand, the side of honor, and will be able to partake of the inheritance, the kingdom prepared for us since the creation of the world.  The goats?  Well, that's a different story.  They will be placed on his left (NOT the position of honor) and . . . well, let's just say it won't be pleasant. 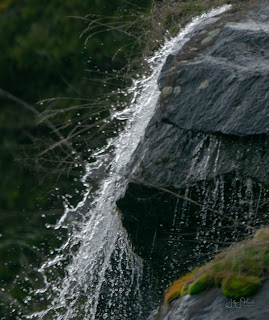