But you, LORD, are a shield around me, my glory, the One who lifts my head high.
I call out to the LORD, and he answers me from his holy mountain.
I lie down and sleep;   I wake again, because the LORD sustains me.  (Ps 3:3–5; NIV)

Do you ever wish you were like the "Enterprise" on the old "Star Track" show?  You could raise and lower your shields when the problems of this world get to be too much for us to handle.  Well, we do have that capability, its called prayer.  I've noticed when I go to prayer, I tend to tune out whatever is going on around me, and I focus on what really matters; talking with my heavenly Father.  OK, let me go a little further back in T.V. land to another show, "Get Smart."  Do you remember there were times when the Chief and Maxwell would have to speak privately?  They would sit down and face each other across a table, and a see-through cone would come down over them, the "cone of silence."  Of course, the "cone of silence" never did work correctly.  That's the way I feel when I talk to God.  That we are in a cone of silence (one that works), its just me and my Father.

When we are in prayer together, God spends a lot of time encouraging me and giving me glory, though I do not deserve any.  I want you to picture something with me; a young child has just had something happen to them.  Nothing tragic, maybe its something like them losing a race, which in a child's life may seem dramatic.  Remember how they looked?  Their world had just crashed in on them, and they looked like they had just lost their best friend.  We most likely would encourage them and build them up (bestow glory on them), and we would put our arm around them and tell them it's OK because they did their best.  Well, God does the same thing.  There are times when I'm in prayer talking with my Father when I can almost feel him put his arm around me and tell me that he loves me and knows that I'm doing my best.  He encourages me like a friend like a Father would.

Isn't it great to know we have someone we can go to at any time, which will encourage us and place a shield around us, who will lift us up and tell us we have nothing to fear or be ashamed of?  What an awesome God we have! 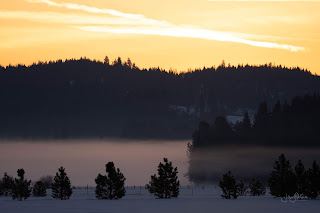