Abraham took the wood for the sacrifice and gave it to his son to carry, but he himself took the knife and the fire. So he and his son went on together.  Isaac said to his father Abraham, “Father!”  Abraham answered, “Yes, my son.”  Isaac said, “We have the fire and the wood, but where is the lamb we will burn as a sacrifice?”  Abraham answered, “God will give us the lamb for the sacrifice, my son.”  So Abraham and his son went on together . . .  (Ge 22:6–8; NCV)

We all know the story of Abraham's testing, how God had provided him a son in his old age, and now he wants Abraham to sacrifice that son.  Abraham's son, Isaac, must have known something wasn't right as they started up the mountainside without something to sacrifice.  So Isaac asked, "where is the lamb we will burn as a sacrifice?"  I don't think Abraham had a clue as to how true his reply was for not only them that day but for generations to come.  Abraham said to Isaac, "God will give us the lamb for the sacrifice."

Yes, God did provide a ram for the sacrifice that day, and many years later, he provided another Lamb.  A Lamb without blemish or fault.  A Lamb that was pure and kind and did no wrong to anyone.  A Lamb who was pure love from the Father, who went around showering his love on all he came in contact with.  Out of his love, he healed those who were physically, mentally, or spiritually sick.  He made the blind to see, the lame to walk, and even brought the dead back to life.  This Lamb was to be sacrificed for the forgiveness of sins for generations upon generations.  The Lamb called Jesus.

God has taken all the steps towards reconciliation with us, his children.  He even provided the Lamb for the sacrifice, and all he wants in return is our love.  That doesn't seem like too much to ask after all he has done for us. 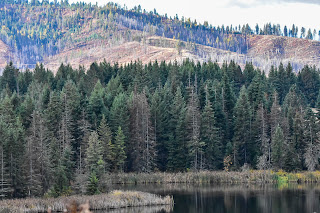