In your relationships with one another, have the same mindset as Christ Jesus: Who, being in very nature God, did not consider equality with God something to be used to his own advantage; rather, he made himself nothing by taking the very nature of a servant, appearance as a man, he humbled himself by becoming obedient to death—even death on a cross!  Therefore God exalted him to the highest place and gave him the name that is above every name, that at the name of Jesus every knee should bow, in heaven and on earth and under the earth,  Lord, to the glory of God the Father.  (Php 2:5–11; NIV)

Don't we have a great Savior?  Jesus, with all his power, came to earth as a man, in humility, and with a servant's heart.  Wow!  The closest thing in this world that I can think of that is somewhat like what Jesus did is found in Jimmy Carter.  The former President of the United States, arguably one of the most powerful people on earth, humbles himself to build houses for Habitat for Humanity.  Of course, there are HUGE differences between Jesus and President Carter.  When President Carter lost the bid for a second term in office, he also lost the power associated with the position.  In a split second, President Carter handed his power over to President Reagan.

When Jesus came to this world, he still had power.  Even in human form, His power was so great that demons begged to be sent into a herd of pigs instead of dealing with his holy power.  At the same time, he approached each person and showed them love and compassion.  He became obedient to death, even death on a cross, the most feared and despised was to die and yet, "God has exalted him to the highest place and gave him the name that is above every name, that at the name of Jesus every knee should bow, in heaven and on earth and under the earth, and every tongue confess that Jesus Christ is Lord."  It's hard to believe that all this love, power, humility, compassion, understanding, and glory can be wrapped up in one person -- Jesus.  Praise his name! 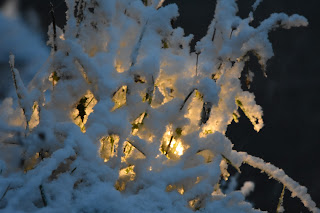