For some, the idea of one body is hard to understand, especially when we see other denominations also claiming to be Christian.  There are Methodists, Baptists, Christians, Nazarenes, Wesleyans, and you get the idea.  How can there be so many different denominations all claiming to be members of the body of Christ?  Think about this, if you were to ask people in your town what their nationalities were, you would get some answers like this; I'm an American, Native-American, African-American, German-American, and the list goes on.  Did you notice they all include the name American?  Even though we all come from different places in the beginning (like the many parts), we all make up one country.

In the same way, even though we come from different denominations, we are brought together under one title to become one body, and that title is Christian.  Though we look at each other as being different, we were all given the same Spirit to share in and with others.  So maybe we should start looking at others as being part of our body, the body of Christ. 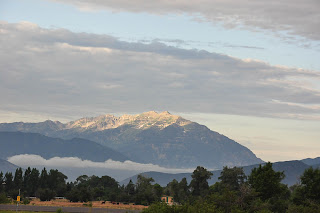